Today, alongside a coalition of investors, local councils and implementers supporting innovation in the fight against HIV/AIDS, we celebrated a landmark over 120,000 HIV tests carried out for people in South London, just 18 months into a three-year programme.

The Foundation created this payment-by-results programme to undertake HIV testing and connection to HIV care across three London boroughs on behalf of local commissioners.

The three selected boroughs (Lambeth, Southwark and Lewisham) have amongst the highest rates of HIV in Europe, and HIV is considered a crisis in these areas.

The latest figures from the first 18 months of the three-year social impact bond were announced on Monday at the International AIDS Society AIDS2020:Virtual conference. More than 120,000 people received HIV testing, over 180 South Londoners living with HIV entered HIV treatment, with 114 people receiving a new diagnosis of HIV and attending their first treatment, and 68 others returning to treatment after previously leaving treatment. 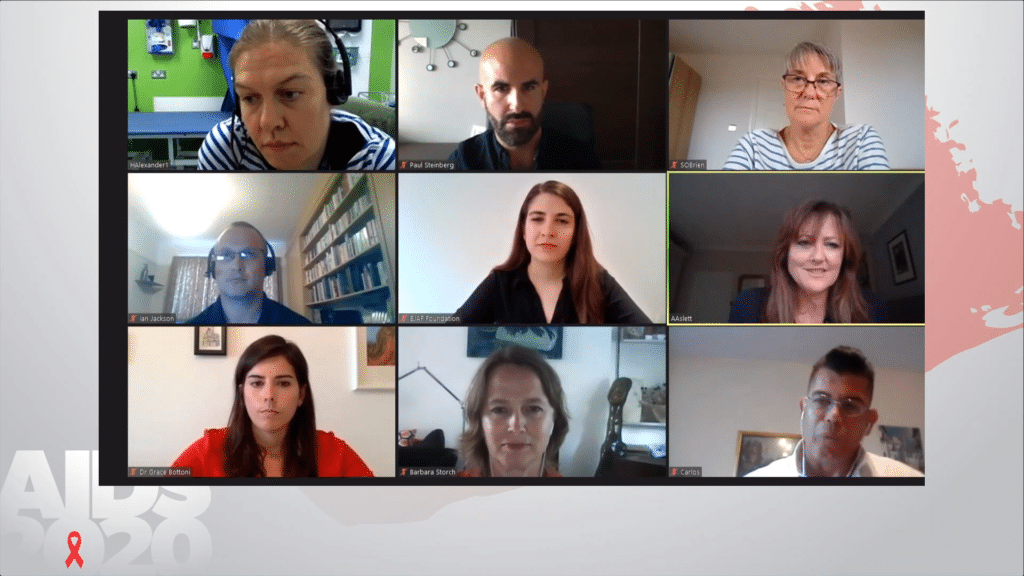 ‘Our partners work directly in the community to build trust and meet individuals where they are; testing for HIV in hospitals and GP surgeries and re-engaging people who have left HIV treatment. This work is critical because treatment is also prevention. HIV treatment means that the individual can have a healthy life, and it also prevents the onwards spread of HIV.’ says CEO Anne Aslett, Elton John AIDS Foundation.

This Social Impact Bond, called the Zero HIV SIB, is the first in the world designed to tackle HIV. It does this through an innovative partnership between investors, local authorities, hospitals, primary care, and HIV support charities.

‘ViiV Healthcare are pleased to have been able to support and invest in this innovative financing approach to promoting testing, referral and retention to care for people living with HIV,’ says Cathy Ferrier, Head of Positive Action, ViiV Healthcare, ‘Collaborating with other investors, healthcare providers and community organisations has led to a successful project using an new investment model, the Social Impact Bond. Hopefully there are interesting lessons that can be learned and potentially provide many future opportunities.’

‘At Comic Relief we have historically funded interventions and ideas designed to support marginalised communities affected by HIV across the world. We are committed to understand how new tools such as impact bonds can spur innovation and we are delighted to support the Elton John AIDS Foundation’s Social Impact Bond through our dedicated fund, Red Shed, that uses repayable finance to generate impact,’ says Amir Rizwan, Senior Advisor Social Investment and Social Innovation at Comic Relief.

We are proud to work alongside committed partners such as Big Issue Invest, Viiv Healthcare and Elton John AIDS Foundation on this project. – Amir Rizwan

The Social Impact Bond is based on an outcomes-based contract, in which a commissioner pays a contractor for certain measurable outcomes. The outcomes (diagnosing new cases of HIV and re-engaging patients who dropped out of HIV care) are chosen on the basis that achieving them now will save the health service money in future years.

The goals of the project include improving an individual’s health by getting them into HIV treatment before their condition deteriorates, slowing the spread of HIV and saving the NHS money in future years. 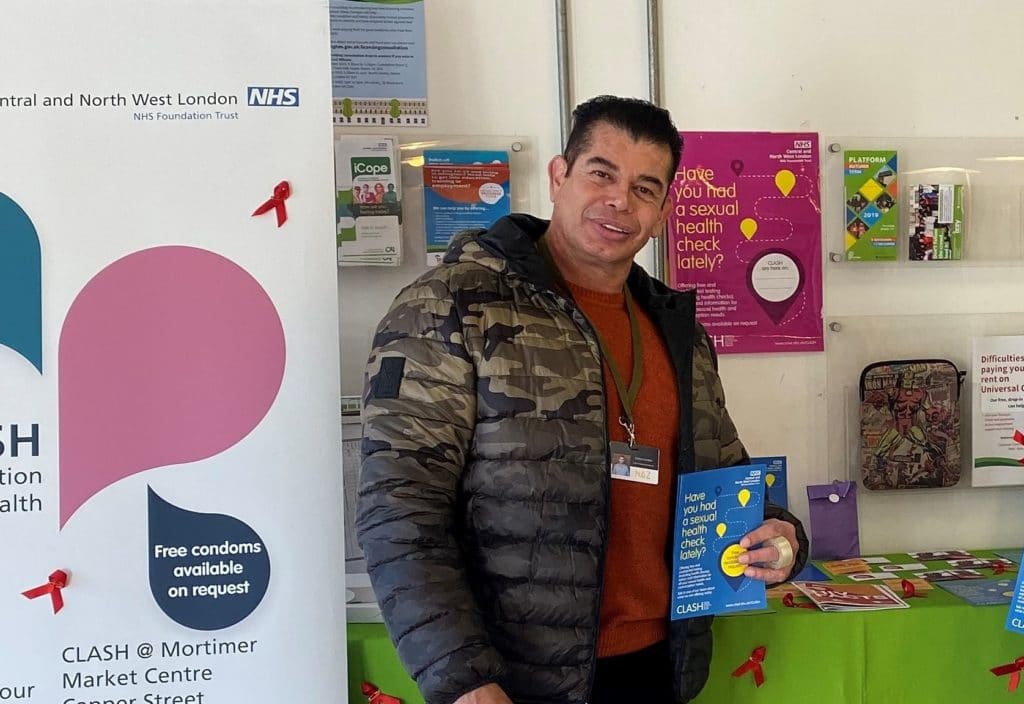 Carlos works for NAZ Project London through the Zero HIV SIB and is a trusted member of the Latin American community.

Alan Tudhope, Investment Manager at Big Issue Invest, said: “We are so pleased to have been able to be part of the social investment effort behind this pioneering programme of support for those living with HIV/AIDS in South London.

The impact of the activity undertaken by the Elton John AIDS Foundation in just 18 months is clear for all to see and we look forward to seeing even more progress in the second half of the programme.” – Alan Tudhope

Social Impact Bonds are structured so that, if they are successful in achieving their outcomes, investors are later reimbursed by outcomes funders. Those outcomes funders are Lambeth Council, on behalf of Lambeth, Southwark and Lewisham Councils, Commissioning Better Outcomes in The National Lottery Community Fund, and Elton John AIDS Foundation.

Over 100,000 people in the UK live with HIV. Individuals with HIV are twice as likely to live in poverty compared to non-HIV population. Two-thirds are living with an additional long-term health condition and three quarters are suffering from mental illness. HIV disproportionately affects minority groups such as Black and Minority Ethnic and men who have sex with men.

The partnership hopes to learn valuable lessons about ways of ensuring early diagnosis for people who are hard to reach. These early diagnoses improve health outcomes and will save the NHS money in the future by bringing people into care at an early stage of HIV.

The partnership will use the success of the project to help NHS England and local authorities improve their commissioning practices. The project aims to promote testing for HIV in A&E departments and GP surgeries and help ensure people at risk feel comfortable seeking out an HIV test. These testing innovations may also have applications for other infectious diseases and long-term chronic conditions.

A special thank you goes out to the fantastic pro bono legal team at Freshfields Bruckhaus Deringer who have made all partnership and provider agreements possible. 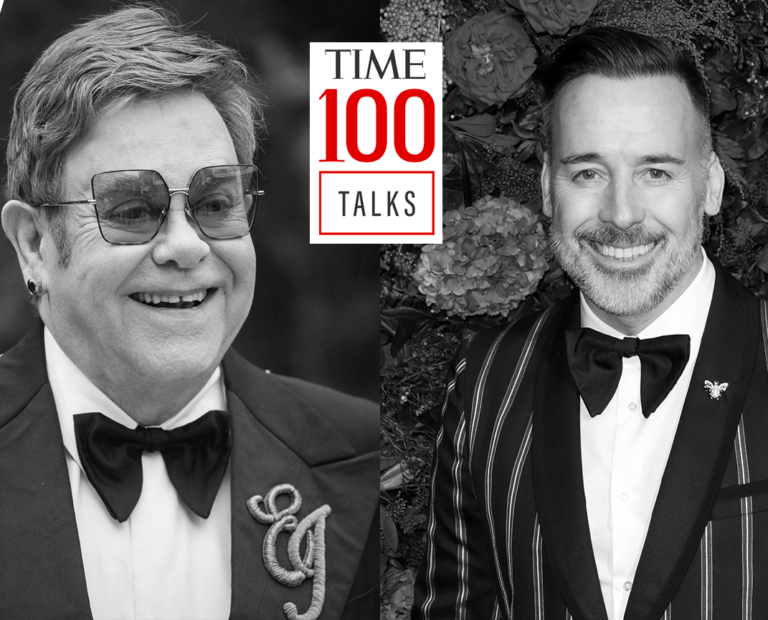 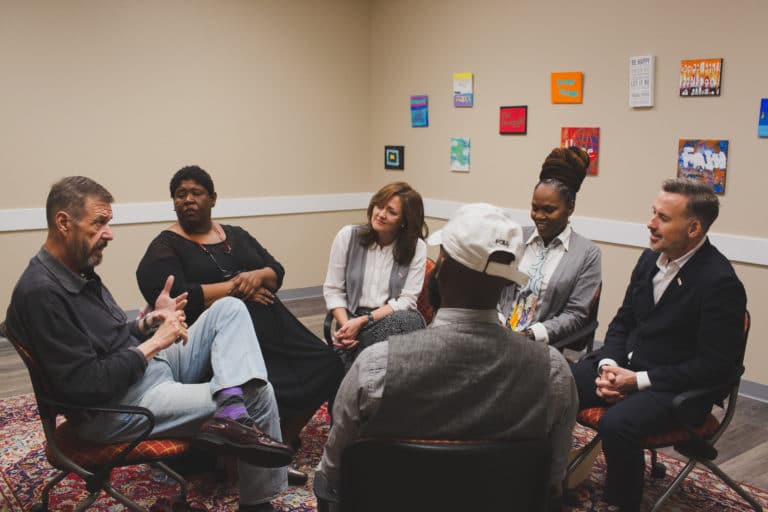 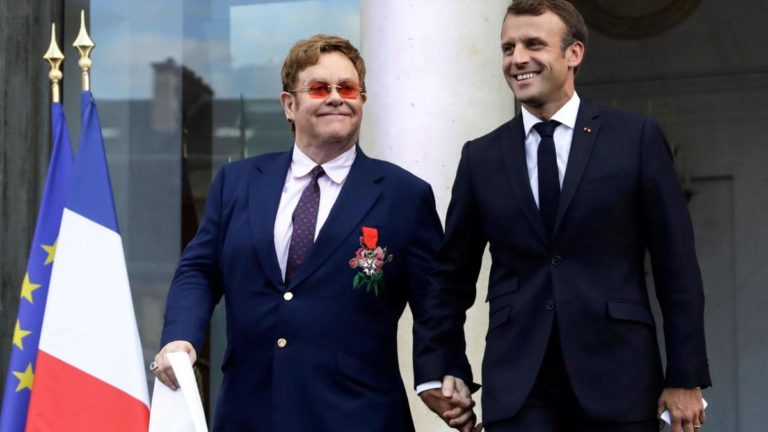