We face a new AIDS emergency, and we need your help.

We are writing to you as Chair of this year’s G7 summit.

While naturally Covid-19 is currently dominating the agenda, it is vital that you and your fellow leaders also protect and build on what we have achieved in the fight to end AIDS and use that in the struggle against Covid-19.

The world has pledged to end AIDS by 2030, and over the last two decades we have made huge progress. In 2005 the UK led the G8 countries in committing to HIV treatment for all, since when AIDS-related deaths have fallen from almost 2 million in 2005 to 690,000 in 2019.

UK leadership on HIV, and UK aid, have saved millions of lives. Yet today, these critical gains are in danger.

The Covid-19 crisis has shut down HIV prevention and treatment services, in many countries literally overnight. It has cut off millions of girls from school, and driven up poverty, gender-based violence and human rights violations. All of these factors increase people’s risks of acquiring HIV or of developing AIDS. Already we have seen a steep increase in rates of adolescent pregnancy, which we know will mean a surge in HIV infections too. The Global Fund for AIDS, TB and Malaria has warned that HIV service delivery has been massively disrupted with HIV testing falling by 41% across 502 health facilities in Africa and Asia. The World Health Organisation has highlighted widespread disruption to HIV treatment supply chains.

As leaders and champions of the global HIV response, we now fear that the number of new HIV infections and AIDS-related deaths will climb again. At its peak, the AIDS pandemic slashed life expectancy in some countries by 20 years and killed off a generation of people at their most productive age, claiming 35 million lives, leaving millions of children orphaned and devastating national economies. Combined with the Covid-19 crisis, a resurgent AIDS emergency could be catastrophic. These dangers are real but can be overcome through smart global action.

The G7 meeting in June, coming on the heels of the UN High Level Meeting on HIV and the Fortieth Anniversary of the first AIDS cases, presents a vital opportunity to rally the world to act together. You rightly plan to focus the G7 meeting on addressing global health and pandemics. We have seen over the past year how such pandemics thrive on the fault lines of racial, social and economic inequality.

HIV – another infectious disease pandemic – is no different, which is why action to tackle HIV must be on the agenda.

We’re calling on you and the G7 leaders to fully resource your commitment to end AIDS by 2030 and to the use that response to build the infrastructure to manage these and future health threats. Over four decades, communities, NGOs, health systems and global health institutions have been working together to confront HIV. The world needs to make use of these structures and the expertise they have, rather than investing already scarce resources in starting anew. From communities affected by HIV to the multilateral agencies that lead the AIDS response, you have access to a priceless resource in the fight against pandemics – delivery mechanisms, community mobilisation, supply chains, laboratory and surveillance capacity, and more recently pivoting to innovative online services in a time of COVID-19 lockdowns. We strongly urge the G7 to harness and boost investment in the AIDS response and its infrastructure in the midst of – and indeed as a core part of its response to – the COVID-19 crisis.

Finally, the effectiveness of the UK’s diplomacy will not only come from its positions and convening, but from its own example. In that regard, we are deeply unsettled by recent UK aid cuts affecting UNAIDS, UNFPA and a number of bilateral programmes providing vital HIV services. These cuts not only directly hamper the worldwide fight against AIDS, putting 38 million people living with HIV at risk; they also damage the UK’s reputation. We strongly recommend that you repair the impact of cuts by making supplementary allocations to them, particularly as the UK and other G7 countries consider further investment in pandemic preparedness and response. Re-investing in the fight against AIDS would also support the delivery of key UK priorities including global health, girls’ education, science and technology and open societies – and provide a vital boost to the UK’s ability to influence other countries.

As a society, the UK has come a long way since the times portrayed so powerfully in It’s a Sin. Mainstream public opinion is clear: every person deserves to live free from AIDS. Medical science is also clear: in a globalised world, infectious diseases know no boundaries and must be relentlessly addressed wherever they thrive. We cannot let one pandemic crisis open up another. We must end Covid-19, and AIDS, everywhere, together. The G7 must commit to increased investment in tackling long-standing, new and future pandemics together. The UK must drive ambitious G7 support for international progress as convenor and by example.

The eyes of the world, Prime Minister, are on the UK, and on you.

Jacquelyne Alesi, Chair GNP+ Board, on behalf of GNP+, the Global Network of People Living with HIV

Joyce Banda, President of the Republic of Malawi (2012-2014) and Champion for an AIDS- Free Generation

Stephen Doughty MP, Chair of the All-Party Parliamentary Group on HIV and AIDS

Festus G. Mogae, President of the Republic of Botswana (1998-2008) and Champion for an AIDS- Free Generation 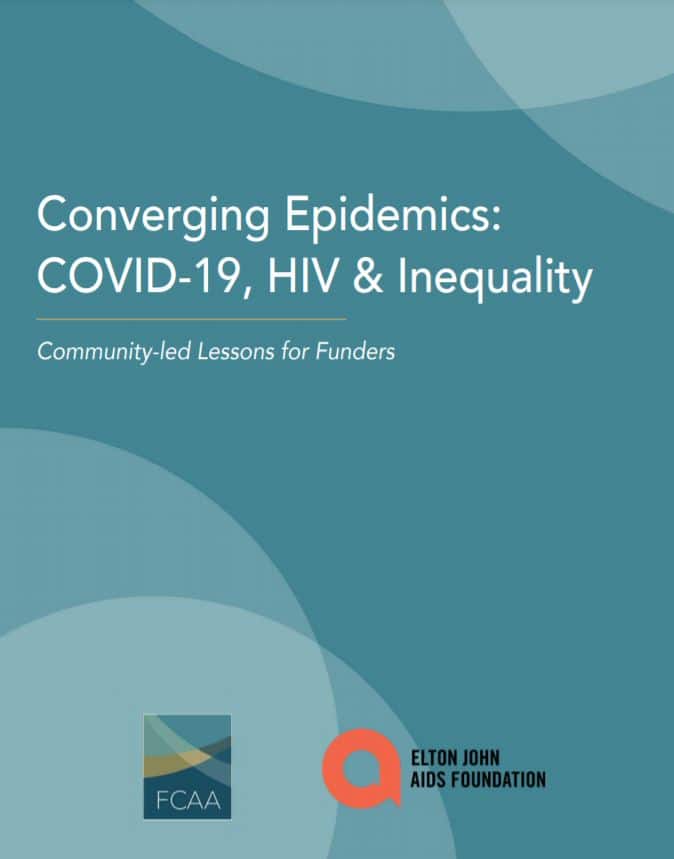 The Women Helping to End AIDS